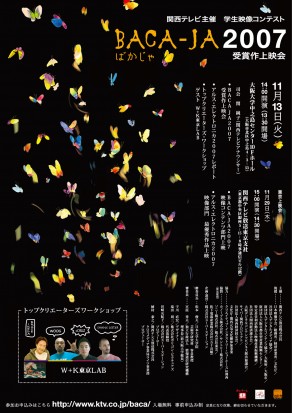 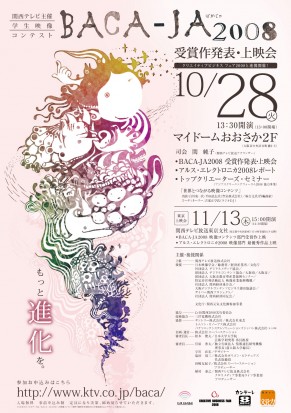 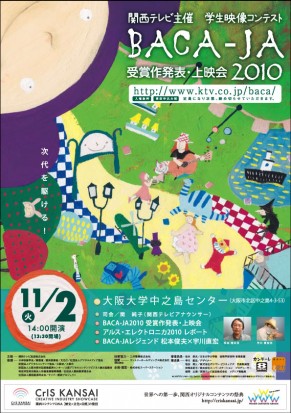 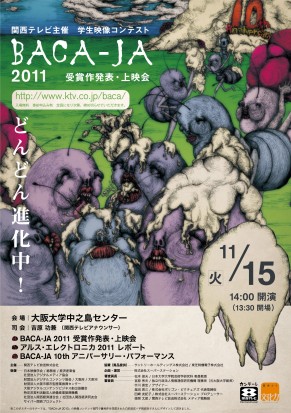 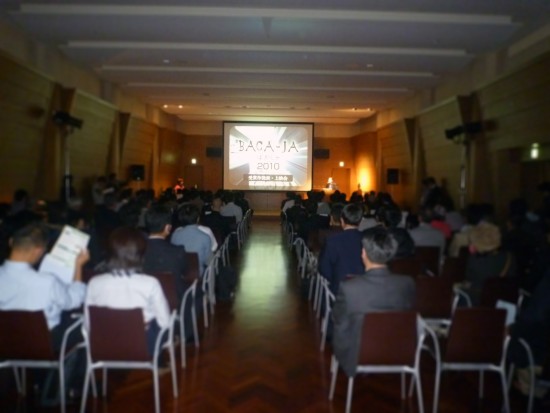 BACA-JA is the only video competition in Japan for media, art & design students across the country. From 2002 to 2011, it has been organized 10 times by Kansai Telecasting Corporation with Superstation Inc as the project producer. This award competition has been the gateway for many promising creators to enter into the video production industry, receiving high regards from many industry players, university professors and such.

The award consist of 2 categories namely “Video Content Category” and “Network Art Category” with recommended entries from the respective schools. The judging panel includes judges from various professional fields, each giving their unique comments and feedbacks. As the creators get to present their works to a large audience, it is a very precious opportunity to gain such exposure.

Some of the past award winners include Tomoyasu Kimura from Tokyo University of the Arts who was involved in the making of Mr. Children’s promotional video, “HERO”. Others include Yasuhito Takeuchi whose “The wolf that wants to eat the pig” had gain worldwide attention when it had reached 1000000 views within 2 weeks on YouTube, and also many other professional video artists and animators.